A scent detection canine is a dog that is professionally trained to detect specified odors. Currently at ISPI, we employ a canine that detects and alerts to microbial growth (mold). Additional examples of scents that dogs can detect are bed bugs, drugs, bombs, illnesses (cancer, diabetes) and people.

To ensure our canines are performing at peak level, they are trained weekly, certified in-house quarterly and certified yearly by a third-party scent detection organization. The in-house and yearly certifications are accomplished utilizing double-blind methodology.

Why use canines for scent detection?

Canines can detect odors at concentrations of 1-2 parts per trillion.
That’s equivalent to being able to detect 1 teaspoon of sugar in 2 Olympic-sized pools. 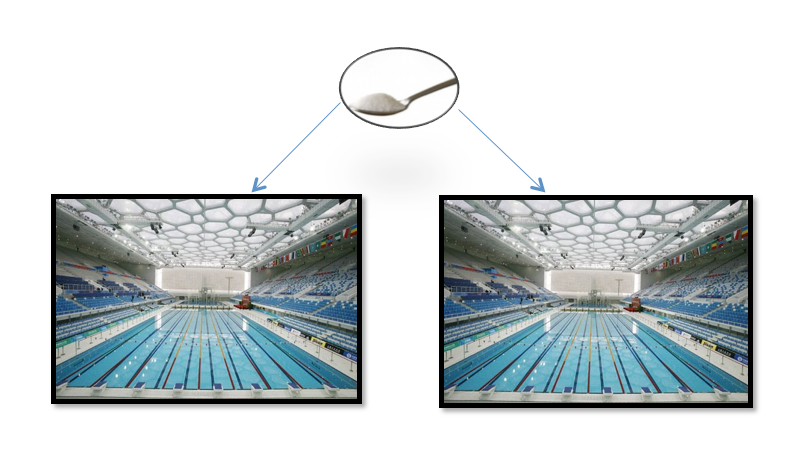 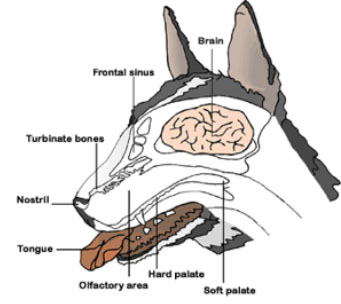 How does the canine detect odors?

When we (humans) breathe, all the air we breathe in comes out from the same path. This prevents us from being able to smell any odors that might be entering our nose while we’re exhaling. Additionally, when we want to smell something, we must exhale the air we just smelled before we can take another breath and smell a new batch of air.

Canines, however, are able to exhale through their nose from the flaps on the sides of their nose. The nose flaps cause air to swirl around and new odors are then introduced into the canine’s nose while it is exhaling. The flaps also help canines breathe continuously (almost like circular breathing but entirely through their noses) and also prevent the “old air” from mixing with the “new air”. Canine noses are ideal for scent detection – the moveable flaps allow their “nostrils” to expand when they inhale. In fact, canines breathe disproportionately more than humans.

Additionally, when canines exhale (or expire), no air enters or exits the olfactory recess. This allows for the odors to remain in the recessed area for a longer period of time and may help canines separate odors better. They have a secondary scent detecting organ called the Jacobson’s organ that allows for heightened sensitivity to odors.

ISPI understands the complex occupational health and safety issues that can affect your workplace and valuable workforce.
In addition, we are skilled in detecting microbial issues such as mold and bacteria.
In 2007 we acquired a scent detection canine that detects and alerts to microbial growth.
We also developed a canine cleanroom suit that has been awarded both a design and a utility patent.
We are a diverse organization with the expertise and experience in the occupational health and safety sciences which allow us to meet your facility’s needs.

Send us an email